Elevator refers to a permanent transportation equipment that serves several specific floors in a building, and its car runs on at least two rows of rigid rails that are perpendicular to the horizontal plane or whose inclination angle to the plumb line is less than 15°. There is also a stepped type, the stepper is installed on the track to run continuously, commonly known as the escalator or moving walk. Fixed lifting equipment serving the specified floors. The vertical elevator has a car that runs between at least two rows of vertical or rigid guide rails with an inclination angle of less than 15°. The size and structure of the car are convenient for passengers to enter and exit or load and unload goods. It is customary to regard elevators as the general term for vertical transportation vehicles in buildings regardless of their driving methods. According to the speed, it can be divided into low-speed elevators (below 4m/s), fast elevators 4-12m/s) and high-speed elevators (above 12m/s). 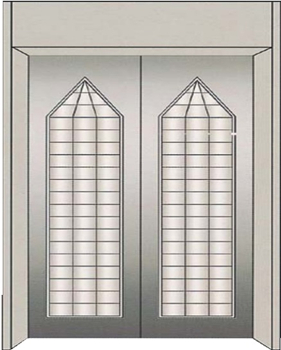 Hydraulic elevators began to appear in the mid-19th century and are still used in low-rise buildings. In 1852, E.G. Otis of the United States developed a safety elevator for wire rope hoisting. In the 1980s, the driving device was further improved, such as the motor driving the winding drum through a worm drive, and the use of counterweights. At the end of the 19th century, friction wheel transmission was adopted, which greatly increased the lifting height of the elevator.

At the end of the 20th century, elevators used permanent magnet synchronous traction machines as their power. It has greatly reduced the area occupied by the computer room, and has the advantages of low energy consumption, energy saving and high efficiency, and fast upgrade speed, which greatly promotes the development of real estate to the direction of super high-rise buildings.