Neighbors support, convenient travel, 37 elevators have been added and completed in Taian City

"I hope the elevator can be installed as soon as possible, and it will be convenient to go for a walk in the future." 92-year-old Mr. Zhang was pleased. In the dormitory of the Post and Telecommunications Bureau on West Luhe Road, there are 12 households in Unit 2 of Building 2, where Mr. Zhang is located. Most of them are middle-aged and elderly people with an average age of 81 years old. Therefore, everyone is looking forward to quickly adding elevators to facilitate everyone's travel. It is understood that, in order to facilitate the lives of citizens, on December 14, 2018, Tai'an City issued the "Pilot Plan for Adding Elevators to Existing Residential Buildings in Tai'an City" (hereinafter referred to as the "Plan"). In the final total, Taishan District, Daiyue District and 37 elevators have been added to the high-tech zone, and 23 elevators are under construction this year. 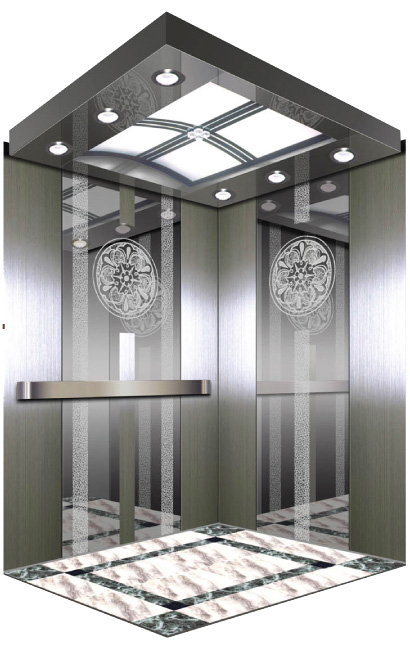 The elderly bid farewell to "difficulty climbing stairs", and getting up and down the stairs with an elevator is "not a problem"

On July 30, in front of Unit 2, Building 2, Post and Telecommunications Family Hospital, No. 13 Naihe West Road, the reporter saw that the construction staff of the additional elevator were busy. According to the nearby residents, seeing the elevator in front of the house look the same day by day, I feel more happy.

It is understood that there are 12 households in Unit 2 of Building 2, Post and Telecommunications Family Hospital, with an average age of 81 years old, and there are four or five elderly people over 90 years old. For these elderly people with mobility difficulties, adding elevators is what they have been looking forward to.

The 92-year-old Zhang lives on the second floor, which is not high in the eyes of ordinary people, which still makes his daily travel difficult. When he goes out, he needs the support of his nanny and neighbors to go downstairs. Since going downstairs is more troublesome, he also goes downstairs once or twice a month. He can only spend time at home.

Speaking of adding elevators, Mr. Zhang was very excited, "I hope that the additional elevators will be installed as soon as possible. It will be convenient for me to go for a walk in the future."

In front of Building 35 in Zixinyuan Community, the reporter saw that elevators are also being installed here. According to the construction personnel, since the residential building has an on-ground garage, after the addition of an elevator, residents on the first floor can also use the elevator to go up and down.

"We all hope that the elevator will be put into use as soon as possible, so that everyone, especially the elderly and children, can go up and down the stairs." A resident said that the average age of the residents in this unit building is 40 years old. Whenever they heard about the addition of an elevator, everyone supported it. 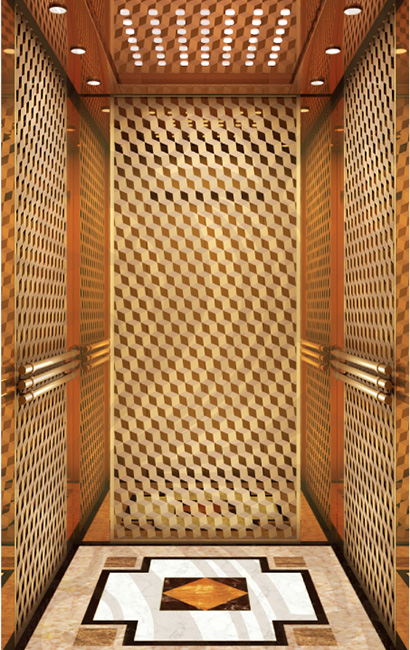 On September 26 last year, the city’s first existing residential building with additional elevators was successfully delivered in the dormitory of the Municipal Machinery Bureau. How has the elevator operated in the past year? Mr. Zhang, a resident representative of the dormitory, reported that the elevator runs smoothly and there is no noise. However, because the additional elevator is a corridor-type flat-floor elevator, when it rains heavily, the corridor will leak water. "We have contacted the additional elevator company, actively looking for the cause, and striving to solve the problem as soon as possible." Mr. Zhang said.

The post and telecommunications family hospital added elevator construction staff said that only regular maintenance of the elevator, in order to better ensure the safety of elevator operation.

Difficulty: Difficulty to adjust is the pain point, and pipeline renovation takes time

In the eyes of some residents, the “one-vote veto system” has become a “blocker” for adding elevators to existing houses. In this regard, the reporter interviewed relevant departments.

It is understood that before the introduction of the "Plan", the staff of relevant departments have conducted in-depth research on the installation of elevators in existing residences in many parts of the country. In many places in Guangzhou, the new rule of “additional elevators can be added with the consent of the owner of “double two-thirds”” (the intention of adding elevators to existing residences and the architectural design plan should be approved by this unit or the exclusive part of this house occupying the total building area The agreement of more than two-thirds of the owners and more than two-thirds of the total number of owners has also attracted everyone’s attention. However, the implementation of the new regulations brought a series of problems. For example, after obtaining the consent of the "double two-thirds" owners in some communities, construction of additional elevators is carried out. However, some owners obstructed the construction, causing the project to be unable to proceed normally and was forced to stop. This not only resulted in the waste of human, material, and financial resources invested by the government in the early stage, but also increased the contradictions between the owners and affected the harmonious neighborhood relationship.

After comprehensively considering various pros and cons, Tai'an City stipulated that the addition of elevators to existing residences requires the consent of all owners in the unit.

The reporter learned that in addition to adding elevators that are “difficult to adjust”, objective factors such as residential lighting, narrow building spacing, and fire safety will also hinder the addition of elevators.

If the additional elevator is approved by all owners in the unit, are there any other problems during the construction process? The reporter interviewed the elevator installation company.

Department: simplify procedures and improve efficiency, and do a good job of adding elevators to the people’s support project

On August 10, the reporter learned from the Municipal Real Estate Management Service Center that as of now, 37 elevators have been added to existing residential buildings in Taishan District, Daiyue District, and Tai’an High-tech Zone, and 23 elevators are under construction this year.

As the main battlefield for the installation of elevators in existing residences, the main leaders of the Taishan District Committee and the district government have attached great importance to them. They have repeatedly understood and dispatched the relevant conditions, requiring all departments to carefully cooperate and work together to simplify procedures and improve efficiency. Implement it to the satisfaction of the people.

According to reports, the Daiyue District Real Estate Management Service Center has simplified the approval procedures for adding elevators to further solve the problem of owners. For example, according to relevant requirements, when applying for additional elevators, it is necessary to submit real estate and other certificates. But Taishan College Tianpinghu Dormitory No. 29 only has a "big market certificate", and there is no "Real Estate Property Registration Certificate" for individual houses, which leads to the addition of Unit 2 in Building 29 The road to elevator application is very difficult. After the coordination of multiple departments such as the Daiyue District Real Estate Management Service Center, and the various policies that benefit the people issued by the city, the residents' application for adding elevators was finally approved.